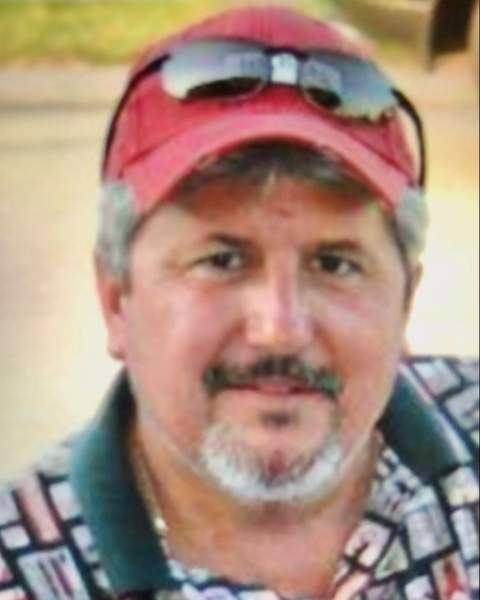 Perry Lee McGraw, 57 years old, passed away peacefully on August 16, surrounded by his wife and children at Assisted Living of Montgomery County, where he received the best care imaginable. Perry was born August 25, 1964 in Irving, Texas. He was a wonderful son, the oldest of two children born to Martin Dale McGraw and Shirley Jean (Perry) McGraw of Friendswood, Texas, who could not have been more proud of him. He was the best big brother a girl could ask for to his sister Brenda McGraw, of Friendswood, Texas. He enjoyed baseball and football growing up, he excelled at hitting and as a Catcher. He played baseball for Friendswood High School and earned a scholarship to Mary Hardin Baylor, where he played Catcher. Perry coached his son Bo’s football team, and instilled the love of sports and good sportsmanship into the next generation. Good sportsmanship was very important to him. Perry began his 30 year career in the oilfield industry, painting tools in the shop, and worked his way up to the position of U.S. Land Manager over nine locations. He encouraged and mentored many people along his way, and was a consistent hard worker. Having a good reputation was very important to him. Perry had a smile that would light up a room, a generous spirit, and a belly laugh that was contagious. He enjoyed playing golf with his son and his many friends. Perry never met a stranger, and would give the shirt off his back to anyone, never expecting anything in return. He was a loving husband, and an amazing father and stepfather. Some of Perry’s catch phrases were, “If you're not first your last”, and “Winners do what they want.” Perry was a fan and frequented the games of The University of Texas Longhorns, the Houston Astros, and the Houston Texans.

He is survived by his wife Tammara (McCaig) McGraw of Spring, Texas, his son Bo Austin McGraw; wife Dariane of Conroe, Texas, his step children Justin Blaha; wife Leanne of Temple, Texas, Brittany Blaha of Spring, Texas, Stazie (Blaha) Acevedo and her husband Anthony of Conroe, Texas, and Emily Blaha of Conroe, Texas. He had six grandchildren, Harlan McGraw, Audrey Acevedo, Colyer, Kyser, Saygan, and Jovie Booth. Perry had three nieces, Katie Cornelison, Ginger Reeves, and Kourtney Deschner. He was a great Uncle to Kaydence and Clark Cornelison, and Kiser Bishop. Perry will truly be missed by all.

A Celebration of Life will be held on Perry’s 58th Birthday! August 25 at 1:00 PM The Chapel in the Woods, The Woodlands, Texas

To order memorial trees or send flowers to the family in memory of Perry Lee McGraw, please visit our flower store.

Chapel in the Woods - Woodlands Church