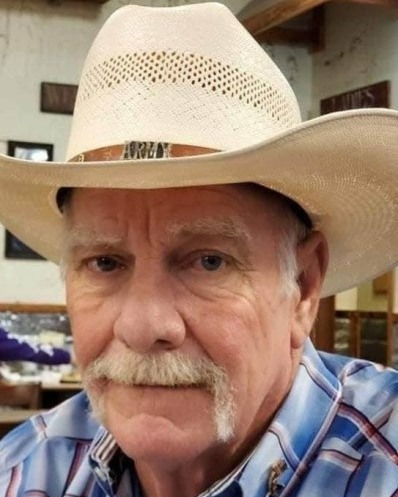 Edward was baptized in the Lutheran faith as an infant, confirmed at St. Matthew Lutheran Church, attending both school and church there in his youth and with his own family. In the year 2000, his family's church membership was transferred to Our Savior Lutheran Church in Houston.

After graduation from Aldine High School where he was a proud member of FFA, Edward served in the US Army during the Vietnam War. When he returned home, he married Kathy Theiss at St. Matthew where she also was a long-time member and student. They were blessed with a son, James, called home to the Lord as an infant, and two daughters, Tina and Katie, whom Edward loved watching participate in dance and FFA activities over the years. Later in life, Grandad was very proud of his grandchildren, and always looked forward to Kaylee's dance performances, FFA functions, and Blake's sports and hunting.

Our loved one, Edward Otter, was called home to be with the Lord in the early hours of October 2, 2022 at the age of 70 after a year of battling lymphoma and cancer. We rejoice in knowing that Edward is in the presence of his Lord, free from the pain and frustration of illness. He will be remembered as a very hard worker, eager to help friends in need, steadfast in his strong will and determination. He loved his family, valued his friendships deeply, enjoyed being outdoors and volunteering with FFA functions, and listening to country music.

Edward was preceded in death by his and Kathy's infant son James Richard, his parents M.A. and Lenora Otter, his sister and brother-in law Marian and Ronnie Watkins, brother and sister-in-law Paul and Cyndie Otter, his nephew Jason Watkins, and his Godparents Doug and Rowena Poole.

Left behind to share his memory are his wife Kathy, daughters Tina Otter and Katie Farr, grandchildren Kaylee Hill and Blake Farr, and a host of beloved nieces, nephews, cousins, and friends.

A memorial service will be held at 11:00 am on Friday, October 14, at Our Savior Lutheran Church, 5000 W. Tidwell in Houston, Texas. Dr. Laurence L. White, Senior Pastor of OSL will officiate. Lunch and refreshments will be served after the service, downstairs in the Bible Class room.

In lieu of flowers, a memorial fund has been set up in The Otter Family's name, benefitting Our Savior Lutheran Church Benevolent Fund. Make payment to OSL Church, placing 'Otter Family Memorial' in the Memo.

In My Father's house are many mansions; if it were not so, would I have told you. I go to prepare a place for you. John 14:2 NKJV

Published by The Courier of Montgomery County from Oct. 7 to Oct. 8, 2022.
To order memorial trees or send flowers to the family in memory of Marvin E Otter, please visit our flower store.