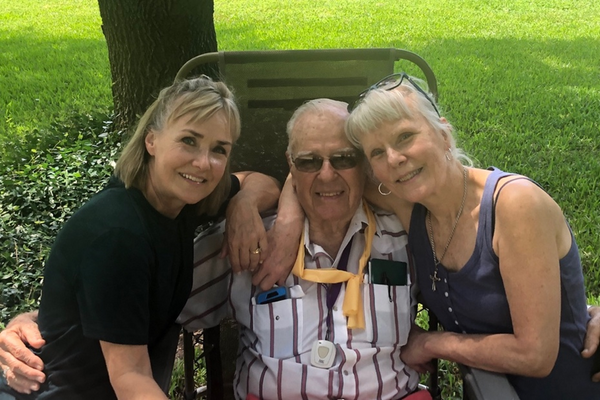 He was born the youngest of 8 children, in Columbus, Nebraska on May 10, 1929 to his parents J. Emil and Minnie Wilke.  Marvin attended rural Columbus parochial school and graduated from Kramer High School in 1947.  After farming for several years, he served in the U.S. Army during the Korean War, stationed in Germany.

He served honorably for two years, receiving an Occupational Medal and a National Defense Service Medal.

Marvin was an avid outdoorsman who loved hunting and fishing, and also was a master craftsman.  He became a licensed pilot in 1964, adding that to his many hobbies he did with excellence.

Marvin lived most of his life in Columbus, and Norfolk, Nebraska with majority of his career in sales. He moved to Conroe, Texas in March, 2020 to be near family there.

In addition to his wife, Margaret (Voecks), survivors are his two daughters, Liela Wilke and Carol Stebbins.  He was blessed with four grandchildren, Andrea Syswerda (Adam), John Stebbins, Jr. (Jenny), Thomas Stebbins II (Casey), and Joel Stebbins (Lucero).  He is also survived by the mother of his children, Norma Sample, along with three sisters-in-law, Evelyn Wilke, Marlene Wilke and Arlene Wilke.  He leaves behind a large extended family including five great grandchildren and many nieces and nephews.  He will be deeply missed. A family memorial service will be held in the coming weeks at the Houston National Cemetery with Reverend Ray Wilke of Norfolk, Nebraska officiating.
To order memorial trees or send flowers to the family in memory of Marvin Martin Wilke, please visit our flower store.