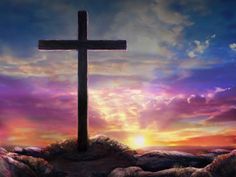 Kenneth L. Reese, age 74, entered his eternal home on Saturday, March 9, 2019. He was born in Lima, Ohio on April 10, 1944 to Ralph and Wanetta (Star) Reese. He was preceded in death by his brother Jerry, parents, and daughter Kelly R. (Reese) Wood. He is survived by his wife Karen L. (Faze) Reese, his daughter Kendra (Reese) and Raphael Moraczewski, siblings Penny and Sherry, and many grandchildren and great grandchildren

Ken was a loving & devoted husband, father, grandfather, and friend to many. His contagious sense of humor was enjoyed by all. Faith was important to him and he had a strong belief in giving back. He will be dearly missed and remembered by many.

From a very young age, Ken worked at his Grandpa & Grandma’s construction company.  They built churches and funeral homes in the Lima, Ohio area in his first service to his community.  He also did chores on the family farm that instilled a resilient work ethic. When Ken was 10 years old he met his future wife of 54 years, Karen Faze for the first time at Accordion lessons, although she would never speak to him because she was shy, he was on her mind. Their first date was a blind date, after the schools combined band concert.  Ken played the Baritone and Karen played the Bassoon in the concert band.  He achieved the prestigious position of Drum Major for the Elida High School marching band. He played various brass instruments, performed & sang in a barbershop quartet for local events regularly. At 14 years old, he began working at the BK Root Beer stand.  A local retail store manager, Mr. Whitney, saw Ken hustling around the Root Beer stand & was so impressed with his enthusiasm, he told him that “When you turn 16, come see me for a job.” That was the beginning of a long-standing commitment to mentorship to others and putting people first in all things. On a more personal note, He would pick Karen up on his motor scooter to go the BK Root Beer stand. When they went on dates, he wore a handsome hat & he was a very dapper young man, always with a smile on his face.  One time, He let Karen drive his 1953 Ford stick shift, Unexpectedly she almost went into the lake at the boat ramp because she did not put it in gear.  Ken raced to action to save the car just before it reached the water.  The insurance company did not need to be called that day!  That was the last time she was allowed to drive that vehicle until she learned how to use the clutch properly. Ken was an avid water skier who had mastered the barefoot slalom and other ski show tricks with ease.  For every school function or prom, Ken escorted Karen in the newest most popular cars of the day: Corvettes & Thunderbirds much to the chagrin of all the gals at school.  When Ken called Karen on the phone, he would address her by saying “ Hi Beautiful !”  He would always end there conversations by saying “Amo Tua” which means, “I love you” in Latin.  It was the building blocks of true love that continues to this day. At the age of 22, Ken was the store manager at Rink’s Super Center, which was over 80,000 square feet in size.  When he was 29 years old he was promoted to District Manager, which had an even larger sphere of influence & he mentored over 10 people who later started the company Big Lots in Columbus, Ohio. When employees were in need of corrective action, he would take them to the roof of the store to discuss the matter as to not embarrass them in front of other employees.  That is only one example of how he respected each person with kindness & support. As children, Kelly & Kendra fondly remember going to Rinks on the weekend with their Dad.  If the weather was nice, He would ask if they wanted to make $5.00 an hour to demonstrate the unicycles the store sold in the parking lot.  Kelly & Kendra would play basketball on the unicycles, ride backwards, and perform tricks.  On those weekends’, sales of unicycles went above average and he showed his daughters to be valued, but to have fun doing so.  All three of them would play hide and seek in the store after the store closed.  His whimsical nature made everything more enjoyable.   Ken & Karen were chaperones for the Pisgah Nazarene summer youth group tours.  There were over 60 teens in the group that would travel by bus to sing, put on puppet shows, and perform Christian musicals at vacation Bible schools, Indian reservations, various churches,  and even Walt Disney World in Orlando FL. There were many magical moments together on family vacations to Florida.  We visited Disney World usually twice a year because Ken was a happy child at heart. Ken was a special man that led & mentored many to the kingdom of Christ.  His leadership, compassion, and spirit will live on in all the lives he influenced.

Ken will be forever loved and missed.

To order memorial trees or send flowers to the family in memory of Kenneth Lee Reese, please visit our flower store.