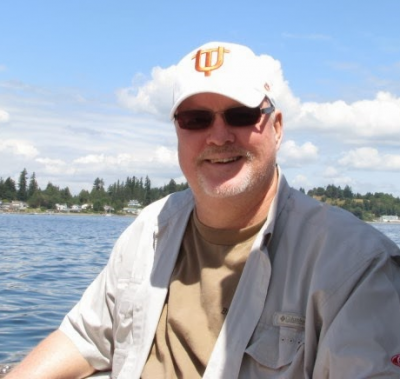 Joe Van Straten passed peacefully with his family at his side on August 1st, 2020. Joe was born November 22, 1956, the son of Joseph Van Straten, Sr and Beverly Robb Van Straten in Pasadena, Texas where he grew up. He graduated from his beloved Pasadena High School in 1975 where he had lifelong friends until the day he died. Joe worked in the transportation parts industry for many years with Bass & Meineke Auto Parts, Brocks Auto Parts and Rush Peterbilt Enterprises. In his life he was able to do the things that he loved - volunteer firefighter, race car driver, hunt and fish, visited every cave and cavern he could find from coast to coast, visited as many state and national parks as we could and especially loved cruising. Joe never met a stranger – he would strike up conversation with anyone who was in his vicinity. Joe was preceded in death by his father Joseph Van Straten, Sr. is survived by his wife of 41 years Brenda Van Straten;  his mother Beverly Van Straten and his children, Joseph and his wife Courtney; Aaron and his wife Shelly;  Lindsay Chilton and her husband Josh; his special blessing daughter Vanessa; and his brother Michael and his wife Leslie. “Grumpy” is also survived by his grandchildren that he loved so very, very much - Joe Mack, Sydney, Audrey, Aiden, Kason, Kinsley, Cody and Michael. He is also survived by numerous aunts, uncles, cousins, nieces, nephews and many, many friends. Special thanks to Pastor Mike Burton and Grace Family Church of Spring for all their love and support especially these last few years as he struggled with his health issues, they were always there for us; Dr. Oberton and the staff at St. Luke’s Episcopal Hospital, and Dr. Eve Patton who was always just a phone call away. A Celebration of Joe’s life will held once everyone who loved him can safely be together.

To order memorial trees or send flowers to the family in memory of Joe Van Straten, please visit our flower store.