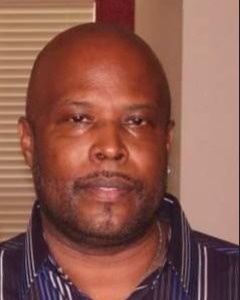 Glenn Elvis Williams was born May 8, 1957, in Houston, Texas at Hermann Hospital to the late Ovieter Edmond Williams and Lloyd Williams. He accepted Christ at an early age at Holman Street Baptist Church, under Rev. Samuel A Davis, and later became a member at New Beginnings Missionary Baptist Church under the leadership of Pastor Matthew A. Davis.

Glenn attended public schools in Houston and graduated from Evan E. Worthing High School in 1975 where he took on his love for football, basketball and track and field.

Glenn’s work history encompasses years of service at Tuboscope with the last 25 years of his work history being a dedicated Facilities Manager at KHOU Channel 11.

Glenn married the love of his life, Sharon Jones or “Honey” as he fondly called her, in November 1979. To this union two children were born: Gabrielle and Chase. He was active in his younger years spending time playing basketball with the neighborhood children and was an avid jogger, participating in several local marathons. When he was not attending track and field events for his children, he thoroughly enjoyed collecting antiques, including sports and Black memorabilia.

To order memorial trees or send flowers to the family in memory of Glenn Elvis Williams, please visit our flower store.