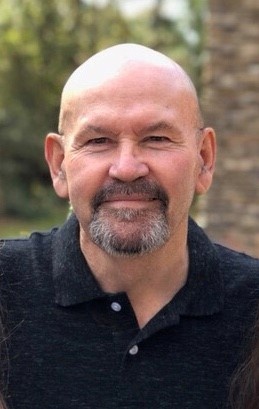 Ernest Pat Isbell, 69, passed on to glory, Sunday, August 18, 2019. He was born December 09, 1949 in Madisonville, Texas, the son of Robert Ernest and Margie Isbell. He is preceded in death by his father, Ernest, sister, Gay, and her husband, John.

Pat graduated from Madisonville High School in 1967. After graduation, he moved to Spring, Texas where he met Sharon Campbell. They were married on June 22, 1968. Shortly thereafter in 1969, Pat was drafted into the U.S. Army and left for Vietnam in October 1970. Pat was awarded the Purple Heart for a gunshot wound sustained while on a mission in South Vietnam. For nearly 50 years following his military service, Pat worked as a Project Manager in the Gulf Coast Industrial paint industry most recently retiring from The Brock Group in 2017. Pat enjoyed serving in the sound booth at Spring Baptist Church for 21 years, talking to people all over the world on his Ham Radio, and after retirement, traveling the country in an RV with his wife.  His pride and joy were his granddaughters.

A service of remembrance will be held at 10 a.m. Saturday, August 31 at Spring Baptist Church, 633 East Louetta Road Spring, TX 77373. In lieu of flowers, contributions to www.woundedwarriorproject.org would be greatly appreciated.

To order memorial trees or send flowers to the family in memory of Ernest Pat Isbell, please visit our flower store.