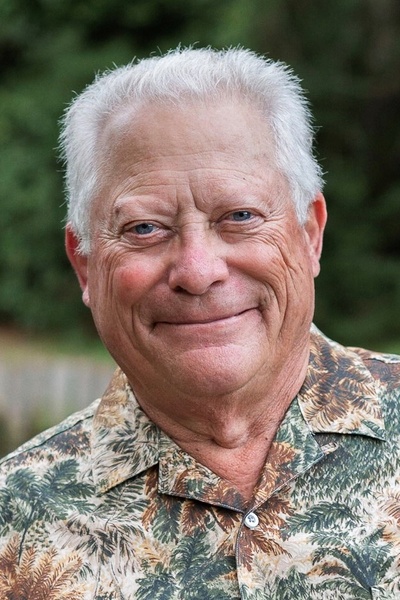 Ed loved growing up in Auburn, IL, a small town south of Springfield. Much of what he learned in order to be a do-it-yourself kind of person was because of that close knit community. He remained close to his high school class throughout his life and never wanted to miss reunions, emails, or Face Time posts.

After graduating with his B. S. in Chemical Engineering from the University of Missouri in Rolla, MO, Ed worked as a Chemical Engineer for thirty two years at Texaco, which became Equilon, which became Shell.  Several years raising the family were spent in the Texaco office in TX. However, the favorite part of his job was the years he spent at the refineries in IL and CA and the travel and experiences he had while working energy conservation. The units he followed most were the coker unit and the alkylation unit. His expertise in Sulfuric Acid Alkylation led to some golden retirement years. After "retiring" in 2005,  he took on two part time jobs: teaching refinery operators at LA Community College and Sulfiric Acid Alkylation consulting for Dupont/Stratco. Teaching didn't last long because the consulting grew and he got to see places in the world like Bulgaria, Trinidad, South Korea, Taiwan and Rome, to name a few. He loved that new adventure back out in the field.

The words "no" and "can't" weren't in Ed's vocabulary, especially if it came to serving others. So he was always involved in several church activities at once. Whether it was helping the youth on mission trips to Mexico, leading the congregation on council several times, cooking or baking cakes for silent auctions and fellowship, or just being there to support other people's efforts, Ed was all in and enthusiastic. After moving back to Texas in 2011, Ed got involved with Habitat for Humanity and was again happy to be productive and loved using his hands to help others. The comradery of  the people he worked along side was an added bonus. Golf was another passion of Ed's. Although he never got to be the kind of golfer he would have liked, it didn't stop him from trying. It was as much the people he was with as the activity that he looked forward to. Senior Golf at Lake Windcrest on Thursdays, the Lutherhill golf tournament, and the TOKC golf tournaments were a must in his book. The highlight might have been the year he got to golf Saint Andrew's Castle Course in Scotland. History was another passion of Ed's and when he could combine that love with travel it was even better. The past few years allowed several foreign trips. Visiting the War Museum at the Bridge on the River Kwai with his twin brother, seeing Normandy alongside the brother of one of the Normandy soldiers, and seeing the Bible locations first hand in Israel were some of the special moments of those trips.

Ed's interests go on and on. But his life and commitment always revolved around his family and his church. Even during the years he only got 4 hours sleep at night, he would still take on being head timer for swim meets, take on jobs for soccer or gymnastics, be at the band performances, and love every minute. Watching the grandchildren and trying to enter their world has been a new joy. He especially loved when he could help them learn some of his passions like talking history, planes, and game strategy with Joe, trucks and trains with Caden, making things with the erector set or climbing with Daniel (the mini-Ed), cooking with Evie, soccer with Abby, golf and model building with Andrew, and doing puzzles with Grace.

If you know Ed, it hardly needs a mention here. You can't know Ed without the word Cubs. So 2016 was a banner year for him when they won the World Series, the first win since the year he and Tom were born. But the Cubs also represented Ed's philosophy of life. Never give up. Always look for the positive. There's always next year. Be faithful. Trust.

A Celebration of Life service will be held Saturday, December 18, 2021, 2:00PM at Lord of Life Lutheran Church in The Woodlands, TX in person and live streamed at http://lolonline.org . You can also watch the live-streamed services on a Roku, Apple or FireTV - search for the BoxCast app. Once installed look for the Lord of Life Lutheran Church channel. A reception will be held immediately following in the fellowship hall.

In lieu of flowers, memorials can be made to some of the many groups Ed was committed to.

Lord of Life Lutheran Church Endowment Fund, 3801 S. Panther Creek, The Woodlands, TX 77381 http://lolonline.org Over the years, he had involvement in all three of these endowment funds and had a strong commitment to his church family.

Triumph Over Kid Cancer, 723 Coleman Ave., Corpus Christi, TX 78401, http://triumphoverkidcancer.org As grandson, Andrew, battled cancer, one year this organization asked Andrew be their wingman to raise money for childhood cancer research. The toga parties and golf events were highlights ever since for the Ross guys.

Private internment of ashes will be at Klein Memorial Park, Magnolia, TX.

To order memorial trees or send flowers to the family in memory of Edgar (Ed) Allen Ross, please visit our flower store.