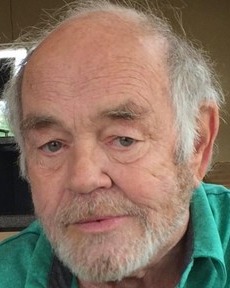 Donny to his friends and family

Donald is survived by his sister, Sue Eishen Cornett of Fort Wayne, Indiana; brothers, Paul Eishen of Killeen, Texas; and Thomas Eishen of Spring, Texas; son, Jay Kaufman of Erwin, Tennessee, and his fiancé Terry Haviland McDougle of Spring, TX.  He also leaves behind several cousins, nieces, nephews, and friends, who will miss him greatly.

He was pre-deceased by both his parents; his sister Cheryl Eishen Jackemeyer; and son Danny Kaufman.

He served in the U.S. Navy Reserve for four years with two years of active duty on the destroyer U.S.S Robert A. Owens (DD-827), followed by a career in retail store management in several states.  After coming to the Houston area in 1986, he owned and operated several small businesses, including the Iron Horse Bar and others.

Interment at Houston’s Veterans Memorial Cemetery will be Friday, September 23rd, 2022 at 12:45pm.

To order memorial trees or send flowers to the family in memory of Donald Edward Eishen, please visit our flower store.